We build custom software and help your team level-up.

Octiv is a rapidly growing company in Indianapolis that provides proposal management software. Ongoing success created big expectations for the Octiv development team, which weighed heavily. The leadership team understood that they needed to hire more senior help. The whole team felt the pressure to rapidly enhance and improve the product for their clients. Additionally, they wanted to stay ahead of technical debt, test coverage and framework upgrades. As a result, Octiv started to look for additional senior help in late 2015.

Think slavery is a thing of the past? Think again. Human trafficking is a real and growing threat to our planet, and Chab Dai is at the forefront of putting an end to this pandemic with Freedom Collaborative. They approached us because they were struggling to make ending trafficking a worldwide effort. There are plenty of anti-human trafficking organizations, but they weren’t talking to each other. The available foundations were all disjointed, and weren’t working in unison.

MOBI Wireless needed to hire additional engineers. MOBI had always looked to build developers from the ground up as much as possible, with their hiring focus being on culture fit first and these new hires would be no exception. They began the groundwork for the process by developing an internal apprenticeship program to take people with little to no experience and turn them into productive junior developers over a brief time frame.

Get to know us!

The Fretless team is made up of ridiculously good-looking geniuses and the following bozos:

Java, .NET, and PHP gigs followed, at companies large and small, until attending the “Building of Basecamp” workshop in 2004 led to an obsession with the then-new Ruby on Rails framework.

Davey was an original member of the Indy Hackers Board of Directors, organized the Bloomington Ruby Brigade, and was the lead instructor and curriculum author for TechPoint’s Xtern Bootcamp.

Prior to joining Fretless, Dana completed an immersive full-stack program through General Assembly after changing careers from economic development to web development. ( Dana likes to develop things. ) She became a teaching assistant with GA upon graduation.

Before becoming a developer, Dana was the Vice President at the Bloomington Economic Development Corporation where she worked on public-private initiatives to support economic growth in technology and life science, and programs that supported entrepreneurship.

Dana is one of the organizers of Hoosier Women in Tech (say it with me now: HooWIT!), is a member of the board of the Indiana University Credit Union, and is Secretary of the Board of Public Works for the City of Bloomington. When she’s not coding or serving on a board, she’s usually cooking food or talking about it.

David joined the Army National Guard as an Information Systems Analyst in 1997, went on to be a Junior Network Administrator at Purdue University, followed by a career wearing many hats as a graphics artist, network and systems administrator, and web applications developer in the graphics services, construction services, and data center industries before becoming a developer and consultant with Fretless.

A believer in the power of mentorship and pair-programming to grow and accelerate your team, an advocate for clean and expressive code, as well as maintainable infrastructure and DevOps, David is active in the local developer and hacker communities. 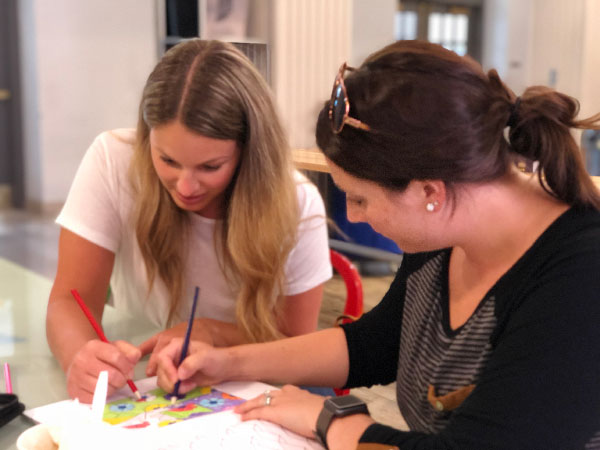 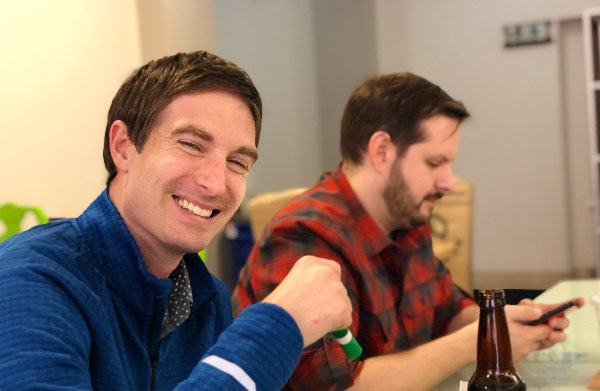 You can find us in Startup Alley at The Union 525.